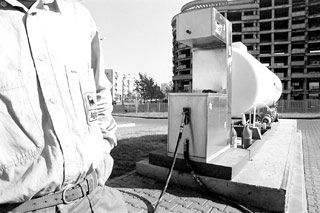 Agip Romania, the domestic subsidiary of Italy's Eni oil group, late last year posted net income worth 2.05m euros (6.86m RON), up around 250% from 2006, when it reached 0.6m euros (2.1m RON).
The company's net profit is similar to the one reported after nine months and is in line with its initial estimates. The company's turnover late last year hit 84m euros (280.75m RON), up 15% from 73m euros (257.34m RON), in line with data provided by the company. The result is slightly below the estimates the company's representatives had launched early last year, pointing to turnover worth around 90m euros. The company made no comment on these results.
According to the latest statements by the company's representatives, the spectacular net income advance was helped in the first nine months by the rising sales of oil products and a better fixed cost control, also being influenced by the trend of international oil product quotes.
In terms of turnover, it followed an upward trend amid higher sales of oil and non-oil products.
At present, Agip Romania is the smallest operator on the oil market, but it is, however, part of the biggest oil group present in Romania, Italy's Eni.
According to the company's representatives, Agip has a 1.8% market share, including 26 filling stations in its portfolio, most of them in premium locations. It is these highly profitable locations that have turned Agip into an interesting takeover target for the other players, including Rompetrol.
However, Agip officials say filling stations are not for sale as the group plans to further expand on the market.
Last year, Agip announced a 36m-euro investment programme, over four years, with the company planning to double market share during this interval.
Last year, the company's representatives announced they would open five new petrol stations, entailing total investments worth 7m euros.
The oil product market may reach a value ranging between 6.8-7bn euros this year, up 10% from the value registered last year, owing on the one hand to a rising fuel consumption and on the other hand to the surging international quotes of oil products.
In terms of tendencies, the domestic oil market is still characterised by a tight competition between major players.